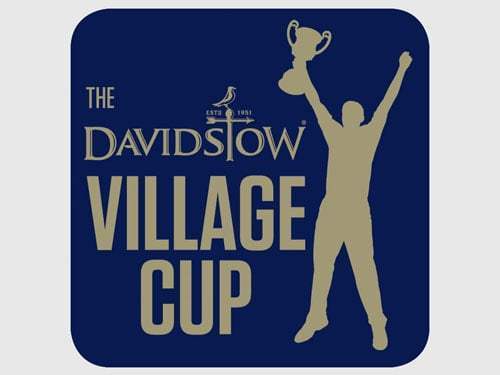 The Davidstow Village Cup 2016 fifth round matches have now been completed with some remarkable contests deciding which teams are still in with a chance of reaching the Lord’s final.

If 49-year-old Shaun Miller makes it with his side Shipton-under-Wychwood, it will be his fifth appearance at the home of cricket, and he helped them comfortably beat Hambledon to make it into the last 16.

Shipton have reached the finals on four previous occasions and Miller played all four times and his return of three for 10 including four maidens helped set up an eight-wicket win. Hambledon were 61 for seven after he had finished his spell and chances of repeating their final appearance of 1989 – long before Durant were making sightscreens, cages, scoreboards and other products – were quickly vanishing.

However, Miller’s figures weren’t the best on the day as Shaun Cross took four for 32 to rout Hambledon for just 83. One of his victims was George Marshall, who in the previous round hit a century to help Hambledon beat Tichborne Park.

His 15 was Hambledon’s top score and Paul Vickers was the only other player to reach double figures as the hosts’ decision to bat first on a damp surface did not work for them, although they were guilty of some poor shot selection as well.

Miller led Shipton between 2007 and 2009 and when they lost in 1997 to Caldy, he counted as a team-mate none other than James Bond film director Sam Mendes. Shipton needed less than 30 overs to dismiss Hambledon for 83 and just 17 to reach their target.

Craig Wood hit 44 not out and former Oxfordshire batsman Jamie Perkin hit two big sixes to complete the formalities and end Hambledon’s involvement in the tournament, although they had started as massive underdogs, coming in from the third tier of Hampshire’s league programme up against a side one league below the Home Counties Premier League.

Back in 1989, they played Toft in the final but after the match was abandoned due to bad weather, they lost a rearranged game in Beckenham by six wickets.

Fixture secretary Mark le Clerq is their longest serving player and played in both that final and this fixture, with his son – who wasn’t born in 1989 – also playing.

Robert ‘Topsey’ Turner, a Hambledon legend and the club’s all-time leading run-scorer and wicket-taker was looking on as his wife Sue served up cream teas and daughter Jacqui scored.

“By which time I’ll be in my carpet slippers,” he laughed, and it is clear that although they were disappointed on the day, the future of the country’s most historic club is in safe hands.

Elsewhere in the South-West section, there were a number of one-sided matches. Berkshire’s Cookham Dean beat Cornwall’s Roche by 10 wickets while Goatacre from Wiltshire hammered Timsbury from Somerset by nine wickets as sides batting first struggled.

In the South-East, last year’s finalists Foxton from Cambridgeshire were dumped out by Mayfield of East Sussex, with the challengers holding on to win a thriller by three runs.

The sort of rain that even Durant’s mobile covers and Run Bund pitch protection could do little about was a factor in the North section and particularly unfortunate were Hawk Green of Cheshire, who made a 560-mile round trip to Freuchie in Fife only for the game to be rained off after they had completed their innings. They did, however progress to the next round via a walkover.

Sixth Round matches to be played 10th July